Tim is an associate professor of music at Westminster College, where he’s been on the faculty since 2014. He is the director of the Westminster College Jazz Ensemble and Trumpet Ensemble, and he teaches private trumpet, music education courses, and music history courses. Tim has taught in the public schools of Pennsylvania, Colorado, and California. In California, he taught with “Education Through Music – Los Angeles” and was a musicianship and brass specialist with the Los Angeles Philharmonic’s flagship El Sistema program, Youth Orchestra of Los Angeles (YOLA).

Tim earned his undergraduate degree in music education at Indiana University of Pennsylvania and then went on to earn his Master of Music degree in trumpet performance at Ithaca College and a Doctor of Musical Arts degree in trumpet performance from the University of Southern California. His principal trumpet teachers include Donald Green, Boyde Hood, John Fumo, D. Kim Dunnick, Frank Campos, Kevin Eisensmith, Vince Monteleone, and Bill Pfund. He can be heard on his debut solo album, “Landscapes and Shorts,” and the Northwest Passage Trumpet Trio’s debut album, “Expeditions.” 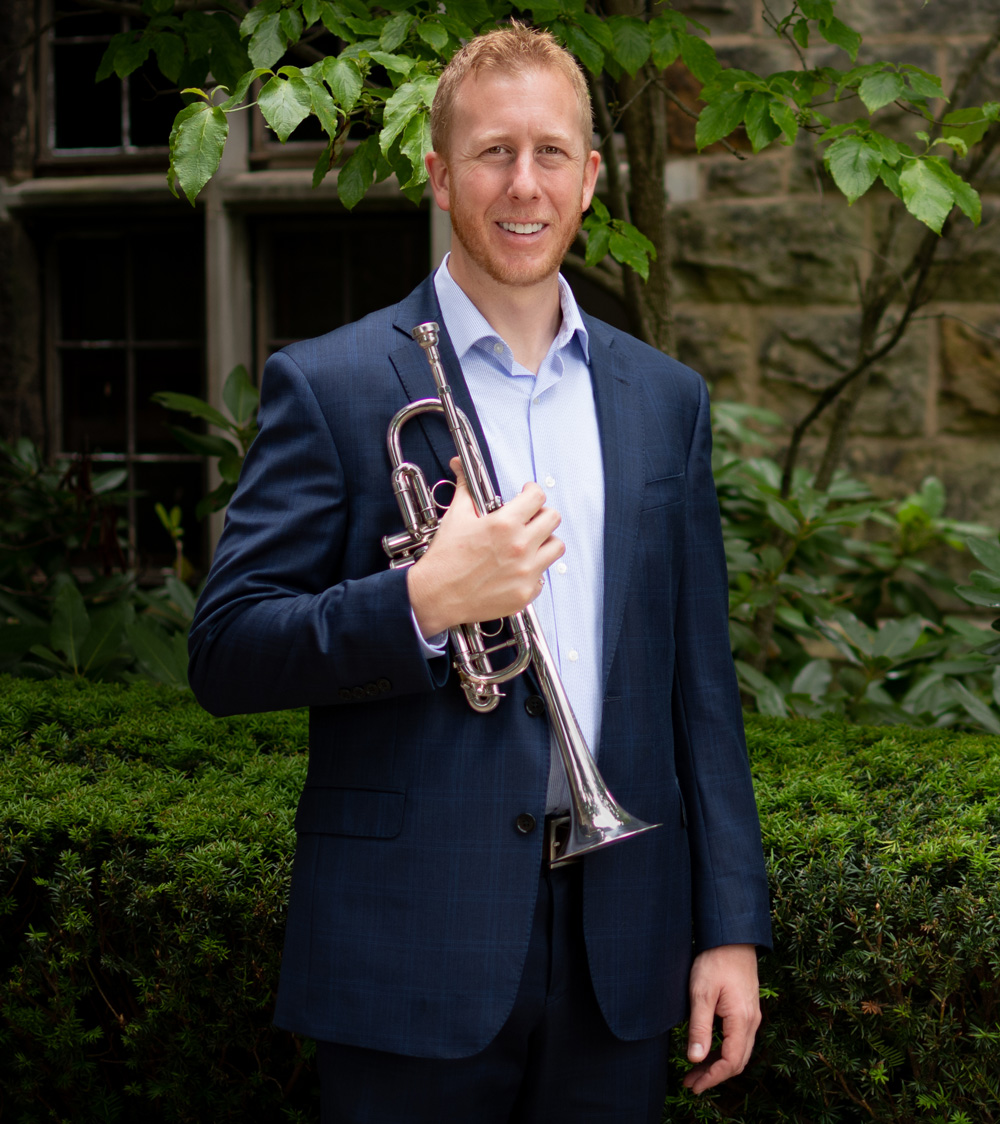