Ashley Freeburn enjoys a multi-faceted career as a freelance violinist based in the greater Pittsburgh area. A graduate of the Cleveland Institute of Music and Carnegie Mellon University, she is an active performer, recording artist, and educator, having worked throughout the United States and abroad.

Ms. Freeburn is a founding member of several performing ensembles, including the all-female Kassia Ensemble, the Bell’Art Ensemble of the Living Room Chamber Music Project, and the former Freya String Quartet. With her various ensembles, Ms. Freeburn has held residencies at the Britt Festival in Oregon, the Charlotte New Music Festival, and the Opera Theater Summerfest. An active proponent of new music, Ms. Freeburn has premiered and performed several works by living composers, both in solo recital and as a chamber musician.

Ms. Freeburn is the Associate Concertmaster of the Butler County Symphony Orchestra. She is a core orchestral member of Resonance Works Pittsburgh and the Pittsburgh Festival Opera, and a former member of the Westmoreland Symphony Orchestra. Ms. Freeburn has performed with the Erie Philharmonic, and the Canton, Youngstown, West Virginia, and Wheeling Symphonies. She has performed with the Spoleto Festival USA and the National Repertory Orchestra. Ms. Freeburn has also performed with internationally acclaimed artists Barry Manilow, Belle and Sebastian, Clay Aiken, Evanescence, Josh Groban, Michael Buble, and the Trans-Siberian Orchestra. 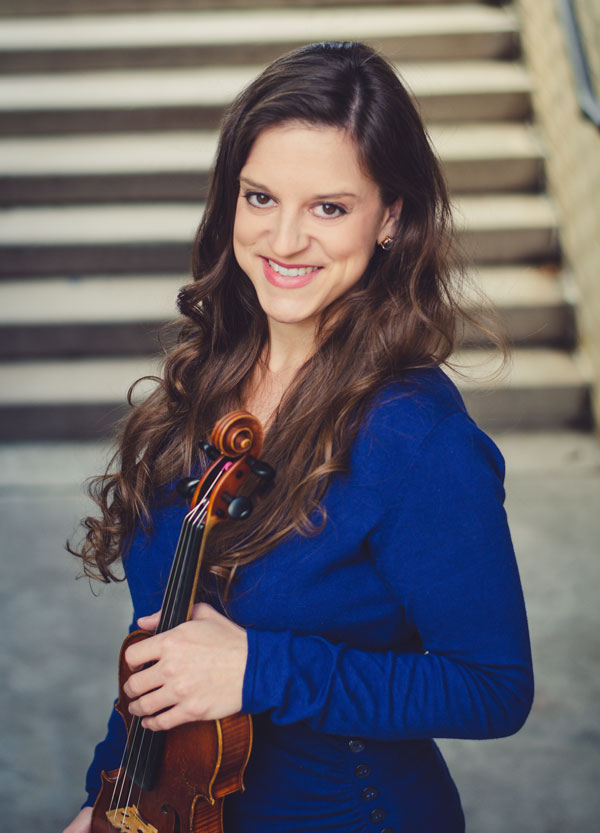 Ms. Freeburn is often heard on WQED Pittsburgh performing live in the studio. She was featured as a soloist in WQED’s live broadcast performance of Vivaldi’s “Concerto for Four Violins in B Minor” with Resonance Works Pittsburgh. Ms. Freeburn is frequently broadcast on Pittsburgh’s radio stations 91.3 WYEP and 90.5 WESA in recording with several of Pittsburgh’s finest independent artists. The album All or Nothing, recorded with artist Joy Ike, was featured on NPR’s All Songs Considered. Ms. Freeburn can be heard on the soundtrack for the documentary In My Hands, which was an official entry at the Toronto Film Festival and seen on the PBS special “Ethan Bortnick: The Power of Music.” The album Rêverie, recorded with the Kassia Ensemble in collaboration with acclaimed trumpet soloist Mary Elizabeth Bowden and Summit Records, made the list for Global Music Awards Top Ten Albums of the Year in the spring of 2019.

Ms. Freeburn believes in music as a means for cross-cultural dialogue. She has traveled to Ireland, Ghana, and Turkey to teach, perform, and collaborate with local musicians. She has a love for folk music, native influences, and local sounds.

As an educator, Ms. Freeburn has maintained a private studio for 13 years. She has served on faculty at the Center for Young Musicians, Noteworthy Music Academy, and PYCO School of Music. Ms. Freeburn is currently an adjunct instructor of violin at Chatham University.